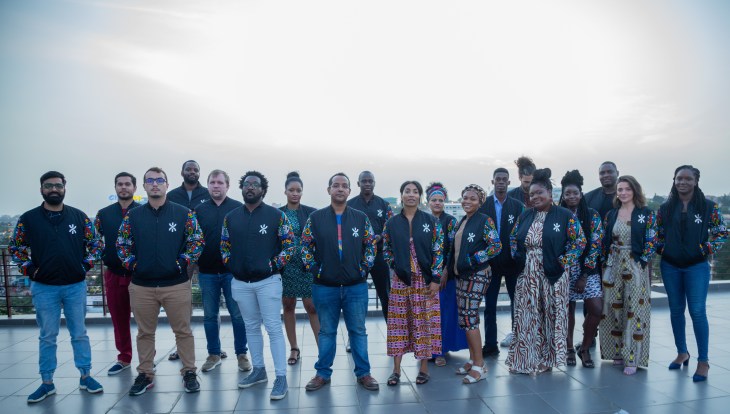 A study by McKinsey & Company on general e-commerce activities in Africa says consumer spending will reach over $2 trillion in the next three years. Much of this spending falls under the importation of products, primarily influenced by consumer demand and the positioning of major e-commerce platforms in Africa.

Afrikrea, an Ivorian startup founded in 2016, is one of the few platforms facilitating product exports. It has raised a $6.2 million pre-Series A round while rebranding to ANKA, the SaaS platform it launched for sellers in partnership with DHL and Visa in April last year.

Moulaye Taboure launched Afrikrea with Kadry Diallo and Luc B. Perussault Diallo as a marketplace for Africa-based and -inspired fashion, clothing, accessories, arts and crafts. Last year, Afrikrea said it served more than 7,000 sellers from 47 African countries and buyers from 170 countries.

After some research, the founders noticed that these sellers also engaged with other channels, such as websites or social media. To them, it made sense to build another platform — ANKA — where merchants, with an omnichannel dashboard, can monitor their sales and inventory across all these channels: Afrikrea, social media and websites.

Other features like a customizable online storefront, payment links, and access to various payment methods and logistics added to the platform’s appeal to Afrikrea merchants. The appeal extended to the company itself, resulting in a name change despite the marketplace recording 250% year-on-year growth since launch.

“The main goal behind that is to reflect our much larger purpose and mission now. And also much larger product offering as we are going to serve not only people in fashion but in every industry where anyone wants to export African products,” CEO Taboure told TechCrunch in an interview.

Afrikrea is now one of the features on the ANKA website. Others include a customized online storefront (like Shopify), which is linked to sellers’ social media platforms and marketplace channels (such as Stripe, Gumroad or PayPal); access to shipping products with DHL; and receiving payments in various currencies (including a buy now, pay later option).

“So wherever you sell, on social media, Afrikrea marketplace, or your website, all of it ends up in one dashboard,” the CEO said. “You can manage all of your orders and one wallet to get paid and withdraw your money easily.”

ANKA is free to use when sellers fill up their product catalogs or generate payment links. However, once sellers decide to start using the software to accept payments or make a sale, they pay €10 (~$12) to access the service monthly. Also, sellers pay €10 (~$12) upfront for the platform’s shipping or website hosting services.

Taboure told TechCrunch that about 40% of its over 13,000 subscribers do not use the marketplace. To them, ANKA serves to generate payment links to use on other channels or fulfill orders from other channels. He said the company is building out a mobile application to make the process smoother.

Having engulfed Afrikrea’s merchant base, ANKA has sellers from 47 out of Africa’s 54 countries. ANKA also mentioned that more than 80% of its sellers are women, who have grown their revenue by 50% on average since joining the ANKA community.

The platform also records over 700,000 visits from its buyers who have transacted over $35 million on the platform. In a statement, ANKA said these buyers come from 174 countries, the majority based in Europe and North America. According to Taboure, the buyers are mainly from France and the U.S; they account for 90% of ANKA’s sales.

This past decade, the growth of e-commerce in Africa has been spearheaded by companies like Jumia, Takealot and Mall4Africa. In 2015, MallforAfrica struck a partnership with DHL and launched DHL Africa eShop with the logistics giant four years later.

But recent struggles from currency devaluation to investor pullout have forced the startup to take an extended hiatus (although it claims to be restrategizing), raising fresh questions on the viability of some e-commerce models in Africa. But Taboure believes his company is protected from such events because it serves the market the other way round.

“Most e-commerce tried so far has been Africans trying to buy outside. And yes, when you do that, you have currency and logistics issues that are completely different. We are the opposite. We are trying to have Africans earn in foreign currency. So if I were, to be honest, it’s almost like we operate in two different worlds,” he said.

“We are probably one of the few startups that are trying not just to make Africans spend their money or buy more things. We actually want to help them earn money globally and create value on the global stage. Ideally, this way, we contribute to solidifying our economies in much more than one way.”

In an interview TechCrunch had with the chief executive last year, he touted ANKA as the largest e-commerce exporter startup on the continent, claiming it ships over 10 tons of cargo per month from Africa. These sorts of numbers make investors’ mouths water — in ANKA’s case, e-commerce heavyweights like Joe Tsai.

The Alibaba executive and billionaire participated in the round alongside BESTSELLER Foundation, whose chairman is one of the largest shareholders in both ASOS and Zalando.

French VC and Africa-focused impact firm Investisseurs & Partenaires (I&P) led the round. In a statement, its co-CEO, Sebastien Boye, said I&P invested in ANKA because the company is at the heart of his firm’s strategy: talented and ambitious founders, significant growth, value creation and a compelling impact thesis.

Other investors include VestedWorld, Enigmo, Groupe Prunay, Rising Tide Africa and SAVIU Ventures, the lead investor in ANKA’s seed round. In total, the company, which LoftyInc Capital and other local investors back, has raised $8.1 million.

“We’re pretty happy to have some VCs in the round, but also having entrepreneurs that already did what we did. That’s something that we’re very proud about and very intentional in building the round is we focused on having the best people at the table to help us grow.”

The company said the pre-Series A round will help it build out its SaaS mobile infrastructure and further product development. ANKA also plans to hire talent across tech, finance, sales and marketing to join its 30-person team across four continents.

Kenyan startup Wowzi has secured new funding to expand the reach of its platform, which turns social media users into...
Read more
Startups

If you’ve gone through the pains of child labour or are currently a parent, the chances are that...
Read more