The share of exports from Africa to the rest of the world ranged from 80% to 90% between 2000 and 2017. This has created a growing demand for Africa to be less dependent on commodity exports and focus on regional commerce. Not only does this decrease export dependence, but it also forms new markets for value-added goods to be exchanged.

Yet, Africa is home to the slowest and costliest ports in the world. Reports say that sometimes it is logistically cheaper and faster for African businesses to trade goods with distant overseas partners than via Africa’s intracontinental trade corridors. That’s a big problem and Jetstream, a Ghanaian-based company proposing to change that just closed a $3 million seed round.

The startup was founded by Miishe Addyand Solomon Torgbor in 2018. The founders started Jetstream to enable African businesses to see and control their own cross-border supply chains. It aggregates private sector logistics providers at African ports and borders, and brings them online.

As Torgbor spoke with Addy about the challenges he noticed at Damco, she immediately thought they were worth tackling. “As he was talking, a light bulb went off and I thought. ‘These are exactly the types of problems that technology solves,’” the CEO said to TechCrunch. “We discussed and tried lots of different solutions for about a year and discovered that cargo aggregation generated strong traction almost immediately.”

Jetstream started operations in Ghana in March 2019 with a Less Than Container Load (LCL) aggregation service. The service allowed agricultural exporters to group their shipments into shared sea freight containers. Then in November of that year, Jetstream added trade finance for customers who found it difficult to fill large purchase orders.

Today, Jetstream is white labeling the systems built internally to manage shipments and financing for customers.

“We are different from a more siloed freight management system because we are leveraging financing to integrate the customs brokers, freight forwarders, shipping lines, airlines, and container terminals all onto the Jetstream platform so that shipments can be managed and tracked every step of the way. We are bringing many of the local providers online for the first time,” Addy said of the changes Jetstream has had to make along the way.

Jetstream’s business model is straightforward. It charges for the freight, clearance, and financial services offered. For freight, it charges a per-container or per-kilogram fee. For customs clearance, it charges a flat fee that varies depending on the tax category and location of the shipment. And for financing and insurance services, it charges a commission on the value of the goods being shipped.

During the pandemic, inefficiencies and a lack of coordination between providers around the ports were made more evident and created stronger growth for Jetstream as its logistics service revenue significantly grew 512% from March 2020 to March 2021. Addy believes that the pandemic further intensified Jetstream’s vision to bring cross-border trade corridors online and drive toward an inflection point in the speed and growth of commerce on the continent.

“We see a future where trade running on Jetstream’s digital rails has a powerful competitive edge on logistics. Jetstream is to cross-border logistics what Flutterwave is to fintech in Africa,” she continued. 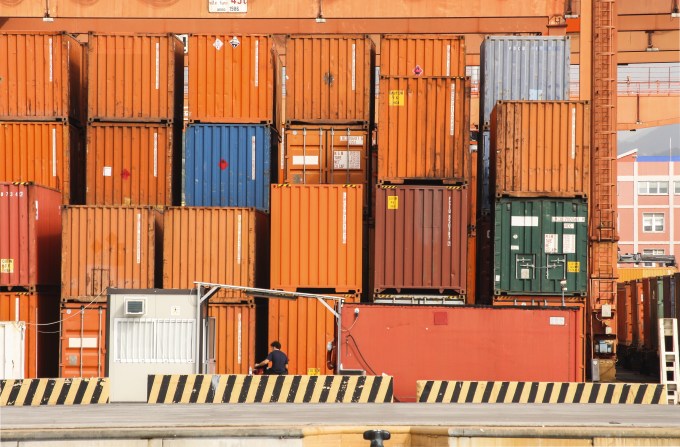 Reports estimate that the market for cross-border logistics services in Africa is about $32 billion in revenue. It is predictedto double in size over the next decade. For Jetstream, starting with Ghana is the perfect place to capture as much value and expand vis-a-vis the continent’s growth. As a Ghanaian native, COO Torgbor hammers home this point. In a statement, he calls Ghana a springboard to intracontinental trade and intercontinental trade with other fast-growing emerging markets. The West African nation currently sits at the helm of Africa’s newly enacted, continent-wide free trade zone AfCFTA. Ghana is also home to Port Tema, the largest container terminal in West and Central Africa that plans to handle one million containers a year.

In addition to Port Tema, Jetstream counts an unnamed Asia-based global shipping line as a major early adopter and customer of its technology. This has seen Jetstream’s business generate seven-figure revenue and Addy claims the startup grows more than 100% year on year.

Per reports, women-led startups in Africa attract less than 15% of the total VC investments that flow into the continent. However, many female-targeted funds have launched in the last couple of years to fill this gap and one of such participated in this round. Alitheia IDF, a VC firm focused on gender-diverse startups, usually invests five- to seven-figure sums and is one of the few venture capital firms in Africa tackling the low access to funding for women-led teams. Thus, Jetstream’s funding presents a rare win for this demographic (investors and founders alike) especially for the latter who are based in Ghana where few female tech CEOs exist.

Addy tells me she looks forward to when more African female-led teams are well funded, wishing Jetstream could help set off the trend. “I especially hope that our business growth encourages the investor side of the tech ecosystem to take a second look at all of the women leaders who aren’t being adequately funded,” she commented.

That aside, Jetstream also has operations in Nigeria with agents present in South Africa, China, the U.S., the U.K., and Europe. This talent placement is one of Jetstream’s moves geared towards 2028 when the CEO says the company hopes to have a presence at ports and borders in Africa comprising 80% of the continent’s total global trade.

Initially, the founders’ insight was around fragmentation problems and lack of coordination at African ports; an experience Torgbor was all too familiar with. He had worked at Maersk’s freight forwarding subsidiary Damco for eight years. There, he saw cargoes sitting for weeks at container terminals without moving forward in the supply chain. The delays were due to errors and incorrect paperwork at customs, importers, and exporters not having working capital at the right time to pay their logistics bills and poor coordination on the ground. For exports, the cargo volumes were sometimes too small to ship cost-effectively by sea freight.