Two years after getting an injunction to stop DStv from increasing prices, Nigeria’s CPC is investigating MultiChoice again to stop price increases driven by 12% inflation.

Nigerians enjoy a curious relationship with the pay TV provider, DStv. Owned by Multichoice, it has, in the last 20 years, become the symbol of home entertainment in Nigeria.

While it started out being an expensive status symbol, it is now ubiquitous for Nigeria’s disappearing middle class.

It may explain why Nigerians are often ready to go to war whenever DStv moves its prices upwards. I have talked about the narrative problem that Multichoice in a previous article.

My theory is that DStv has become part of the identity of the Nigerian middle class. And as that class is shrinking, DStv represents something to hold on; the one symbol of stability while inflation goes through the roof.

Nigerians want DStv prices to be steady and unwavering in almost 30 years. Any other outcome and it is monopoly, or an insensitive company that is fleecing the masses.

When Nigeria’s Federal government raised VAT and Multichoice adjusted its prices, they received criticism from many people. So it was always clear that any other kind of increase this year would send people over the edge.

Yet, a quick look at MultiChoice Group’s results for the six months ended September shows that the profitable part of the group’s business is the South African segment.

“(The South Africa Business) had Revenue growth of 2% (organic) to R17.0bn($1bn). Healthy subscriber growth in the mass market was negated due to no price increase on the Premium bouquet, which was well-received and resulted in the stabilisation of the base at 2019 year-end levels.”

For the Rest of Africa, where Nigeria falls under, MultiChoice reported revenues of R7.8bn ($468m) and trading losses of R0.8bn ($48m)

While Nigeria may boast of providing the highest number of subscribers to the MultiChoice group, the numbers do not translate into equal revenue size or trading profits. The story is the same for StarTimes, DStv’s primary competitor in the Nigerian market.

Startimes, which partners with the Federal government owned Nigerian Television Authority (NTA) has not made an operational profit in 11 years.

StarTimes and DStv are not the only media companies dealing with Nigeria’s difficult business terrain.

The VoD platform, IROKOtv is having its share of Nigerian troubles. What is common to these companies is that they are fighting two problems: currency fluctuations and ridiculous regulations.

IrokoTV moves its focus away from Africa

There’s no easier way to explain how currency fluctuations make business difficult than this excerpt from Jason Nkoku’s blog;

While pay TV companies that operate in Nigeria have to pay their bills in dollars, Nigerians want to pay the rates of a twice devalued naira. You don’t need back of the napkin mathematics to know that this is a ticket to operating losses.

IROKOtv has now decided, in the short term, to move its focus from its African business. To give a sense of how big this decision is, IROKO’s conversations would be about how to avoid going under with only a Nigerian market. But this is not the worst of it.

The worst of it is that despite the economic realities of running a pay TV business, the government and its agencies have also bought into the delusion that DStv is a monopoly that the government has a moral right to dismantle.

Earlier in the month, Nigeria’s amendment to its broadcasting code made content exclusivity illegal for pay tv operators. The wording of the amendments to the code suggested that NBC had DStv as the target.

The new unrealistic amendments are as bizarre as the attempts to use court processes to stop MultiChoice group from increasing subscription fees for its pay TV offerings. In August 2018, the Federal Government got an interim injunction stopping DStv from raising subscription prices.

At the time, the director of the Consumer Protection Council (CPC), Babatunde Irukera said MultiChoice acted in bad faith by agreeing to a consent order to hold terms and conditions in 24 months, but increased prices on the eve of signing the Consent Order to undermine the regulatory process.

The CPC announced an investigation into the activities of pay TV operators today in this tweet. Part of the CPC’s statement reads; “the scope of the inquiry includes, but is not limited to questions about unfair dealings, unreasonable and manifestly unjust contract terms, abuse of market power, colourable pricing practices and other otherwise obnoxious or illegal conduct.”

In what should be a free market, the CPC continues to play to the gallery by refusing to allow a private company make price adjustments. It’s doubly confusing because the price increases are because of Nigeria’s 12% inflation and a currency which has been devalued twice. Yet, one thing that IROKOtv is showing us is that Nigeria is not that important to a pay TV’s company’s growth.

So while CPC and Nigerians may win this battle, it may end up losing the war to pay TV companies who will decide in the end to stop operations in Nigeria. 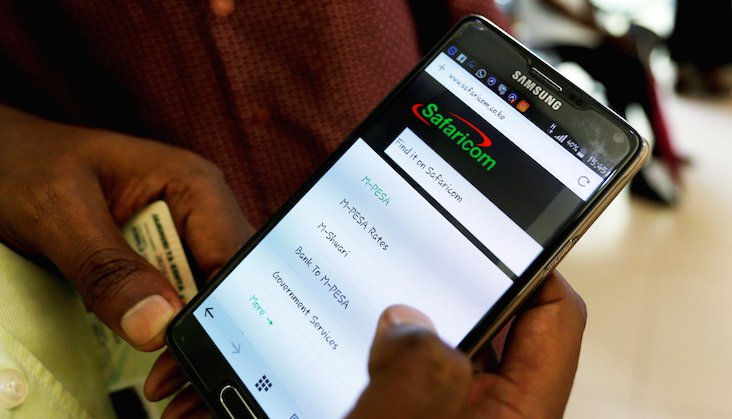